WHAT'S IN A COMPANY NAME?

USE A COMPANY NAME PEOPLE WILL REMEMBER

People often ask me: "Why did you name your company Rainforest?"

From the day I decided to start the company back in December 1999, I knew I wanted a name people would remember.  Basically, that's the answer to the question really.

The first thing I thought of was all the marketing possibilities. The company mascot (Ryan Forest the monkey) was born almost simultaneously and has been part of almost every advertisement since day one.

When you Google plumbing companies or check the records of the Secretary of State, it seems at first glance that every possible name has already been chosen. The process for me was to find a name that wasn't anywhere close to what people would expect. 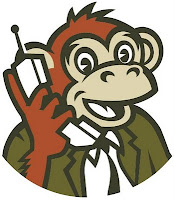 In the years prior to starting the company, I learned that there were some general guidelines to follow.  Here they are:


NEVER USE YOUR OWN NAME IN THE COMPANY NAME

I see many company names where the owner's name is integrated with the company.  Although there may be some advantages, it's my opinion that it really isn't a good idea to name the company after yourself.  Here are some potential problems with the idea:

1. What if you decide to sell the company?  You'll be selling your name too without necessarily having any control over how it is used.

3. As every entrepreneur knows, occasionally something goes wrong.  If your company is named after you, it reflects on you personally more than it would otherwise.


DON'T NAME YOUR COMPANY AFTER YOUR AREA

Again, if your company gets big, you will want to expand and there will be the problem of a name that limits your dreams geographically.  Even if you may not have a vision of expansion, a potential buyer might but will be discouraged by a name that isn't big enough.

It used to be that the first thing to do when checking a company name would be to check with the Secretary of State.  Today, the internet is a much better source for what names are being used.  If you have an idea for a company name, check the internet first.  Be sure you land one that is exclusive then obtain ownership of the url (ie. www.yourcompanyname.com).

The next step is to register the trade name with the Secretary of State then file for a corporate name by forming a corporation.  In Arizona, this is done through the Arizona Corporation Commission.


RESIST THE TEMPTATION TO SPELL A REAL WORD DIFFERENTLY

There are many company names out there that come up with some really creative spellings of a real word.  I hesitate to use an example because I would surely hit on an actual company name somewhere out there.

This would be like the Phoenix Suns calling themselves the "Phoenix Sunz". People would probably never find the company using a Google search because they would be spelling it "wrong".  When you answer the phone or dictate your company name, it would never be obvious and you'd have to spell it every time.
Posted by ikeTipps at 8:29 PM

PLEASE STAY ON THE TRAIL

When exploring your forest, keep off the tundra and don't follow wildlife.

Seeing the forest through the trees requires that you put every effort into leveraging yourself through systems and processes. It's difficult to do really great and large things on your own, so you create systems and a processes that others can participate in.

Show people what to do then get out of the way. With each system you develop, you become more and more free to look beyond to the next process. Each builds upon the other.

Use a lever to lift a large rock then get several levers and others can help you move a mountain! If you are huddled down in the forest, there is no way you can get perspective. By standing up and looking beyond the here and now, we see what we are missing. See what's in the distance and bring a better future into the present.

Be the leader you were born to be, put your lever down, get perspective and see the forest through the trees.

REALITY IS A STATE OF MIND

Reality is the same at all times but your response can be different depending on your perspective and state of mind. Before you take action, step back, breath, give it some extra time and take another look. Know the consequences of your decisions and measure your reaction to events. Change your state then change your reality.

As I work to build a great brand for Rainforest Plumbing & Air, I learn many things along the way. Whether this education comes formally or by experience, it's all worth something and certainly worth sharing. This site is where I share thoughts and tips to remind myself and help others to see the forest through the trees.

After years of blood, sweat and tears, I share a few lessons here on life and business. Many of these articles have been published in Apartment News, a monthly publication for the multi-housing industry in and the surrounding metropolitan area.

Every customer or potential customer has concerns when considering who to call for plumbing, drain, cooling, heating or refrigeration service. I've identified the following hot-buttons:

1) Fear of being over-charged or somehow mis-communicating

3) Doubt about getting the job done right

There are three things that our entire company focuses on in order to solve these customer concerns:

These three points drive all of our culture, marketing, training and day-to-day focus in order to provide the very best customer service in the business! Every employee has these three points memorized!

So, what does that mean to you?

We get the job done right with no surprises because we are TIMELY, ACCURATE, FAIR, COMPLETE, CLEAN and SAFE!

We get the job done right with no surprises because we are TIMELY, ACCURATE, FAIR, COMPLETE, CLEAN and SAFE!

I am dedicated to creating a legacy in building a great brand called Rainforest Plumbing & Air by focusing daily on my pyramid of governing values which are ACCOUNTABILITY, STEWARDSHIP and CHARACTER!

MY OTHER SITES & LINKS

The tree that never had to fight
For sun and sky and air and light,
But stood out in the open plain
And always got its share of rain,
Never became a forest king
But lived and died a scrubby thing.

The man who never had to toil
To gain and farm his patch of soil,
Who never had to win his share
Of sun and sky and light and air,
Never became a manly man
But lived and died as he began.

Good timber does not grow with ease:
The stronger wind, the stronger trees;
The further sky, the greater length;
The more the storm, the more the strength.
By sun and cold, by rain and snow,
In trees and men good timbers grow.

Where thickest lies the forest growth,
We find the patriarchs of both.
And they hold counsel with the stars
Whose broken branches show the scars
Of many winds and much of strife.
This is the common law of life.

It is a pleasure for me to share that I am a member of The Church of Jesus Christ of Latter-Day Saints. Go to Me on Mormon.org to read about My Story as a Mormon.

You can go here for a video Overview or watch a video about the Book of Mormon or Joseph Smith.

Go here to learn about Our Values and Our Beliefs. You can also go here to Request Missionaries or ask for a Free Book of Mormon.
Here is a great video about the church having a global reach.

Rainforest Plumbing & Air provides service and repair for PLUMBING, DRAIN, COOLING, HEATING and REFRIGERATION systems for both commercial and residential applications in Phoenix AZ. For a comprehensive list of the services we provide, see www.rainforestplumbing.com.

Copy this HTML to add a leaf badge to your site

Hopefully, you've experienced our service and are totally satisfied. If you have a moment, would you go to one of our review sites and post a comment?

These 5-star online mentions keep us listed at the top of search engines. Links to many of the popular review sites are found at: www.rainforestplumbing.com/reviews. Your help is greatly appreciated.

Ryan Forest is the official mascot of Rainforest Plumbing & Air. Click here to like him and be his friend!